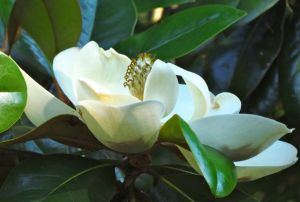 And after the succession of daylily flowers has progressed from early birds like ‘Happy Returns’ to show-offs like ‘Siloam Dan Tau.’

We’ve usually been eating summer squash for several weeks, along with the first few celebrated tomatoes.

That’s when I see them: Eastern Box Turtles in the middle of roads — little country roads and even four-laned roads. Hormonal urges to mate make them recklessly trudge into traffic.

Turtle Weather is really reptile weather. When I see the intrepid Eastern Box Turtles lumbering in search of love, I also begin to see Black Rat Snakes everywhere. I often see them flattened on roads; too many ignorant drivers go out of their way to kill snakes.

But I saw a healthy live one yesterday. It wiggled out onto the road just as I approached in my car. I slowed, and it wisely chose to reverse course, returning to the safety of vegetation growing along the shoulder.

Most startling this week, I came face-to-face with a smaller Black Rat Snake (maybe 2 feet long) at my front door. It was hunting mice that lurk around the built-in bench by the entry just as I opened that door. After two or three seconds of eyeball-to-eyeball frozen staring, we both fled in opposite directions.

Turtle Weather usually lasts a few weeks past the Summer Solstice, which this year arrives next Wednesday. After that, summer heat usually bakes the ground so hot that reptiles only emerge at dusk and dawn, when I usually remain indoors due to the voracious hordes of mosquitoes that own the air during those times.

When Turtle Weather arrives, I know I’ll be spending daily hours in the vegetable garden harvesting the fruits of my labor. Today, I harvested the first beans — enough for a celebratory feast tonight.

These Fortex Pole Beans will be big enough for harvest in a day or two.

The Jade Bush Beans will also be contributing to this evening’s first-harvest bean feast. Here’s the modest row of Jades:

Only the large plant in the foreground had produced harvestable-sized beans, but the others are full of smaller fruits.

Turtle Weather means the wild blackberry thickets will soon be filled with raucous birds feeding on ripened fruits. Cicada thrumming should start up any minute. Weekends are filled with the scents of freshly mown lawns and meat grilling in backyards.

Turtle Weather takes me back to childhood treks through Piedmont woods, neighborhood kickball games on the dead-end street in front of my house, blackberry-picking expeditions from which I returned so covered in red juice and bloody thorn scratches that one could not be distinguished from the other until after a good washing.

Turtle Weather is finite and therefore precious. Reptiles know they must brave busy roads before the time is past. Children know they must play until full dark descends, so as not to waste a single night of no-school-tomorrow freedom. Gardeners know harvests don’t last forever. Fresh fruits must be celebrated, savored, and the excess stored for dark winter feasts.

Turtle Weather is the best Summer brings us. I encourage you to grab it while you can.